A wise man once said that honesty is the best policy. His name was Benjamin Franklin. We’ve pointed out so many times that we want to you to have the best possible food in our gastronomically shy little city, so we are giving you the truth, the whole truth and nothing but the truth. Recently we’ve been thinking a lot about the Zagreb dining scene and how it lacks those intriguing and groovy places London, New York, Paris or any bigger city count in thousands. The reasons are far too complex to tackle upon in a simple review of an unpretentious little bistro in downtown Zagreb such as Lari & Penati so we won’t go into it. Not this time, at least. However, Zagreb does have a place or two that may entice even the greatest globetrotter with their careful selection of only the freshest ingredients, straightforward no-nonsense philosophy and honest cooking. Because sometimes we all need a bit of simplicity and authenticity in this hectic, frantic world. 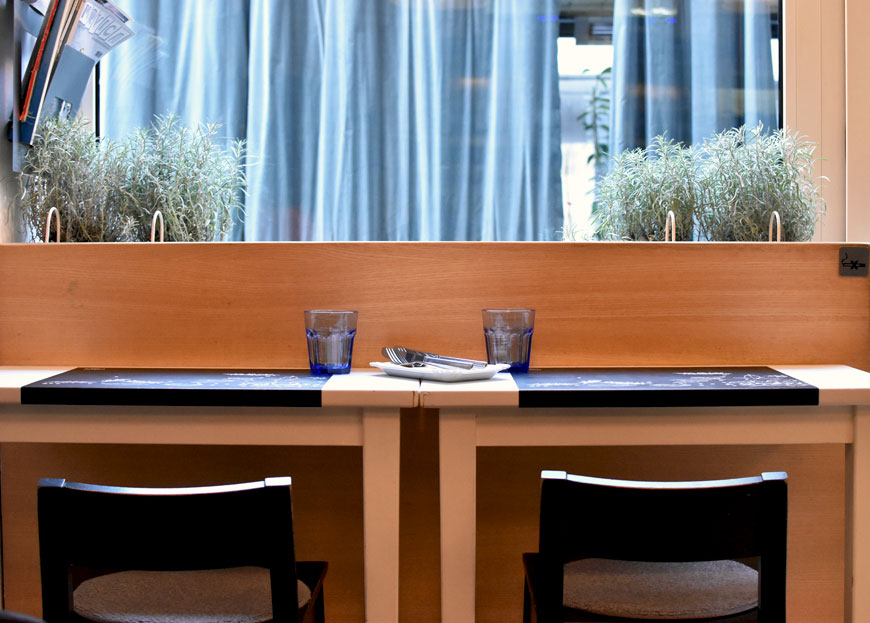 And now onto the Lari & Penati bistro review. Named after the Roman household deities (Lares et Penates would be the Latin translation) and located in Petrinjska 42a (very close to Zrinjevac park), this curious eatery has been standing out with its laid-back atmosphere, effortlessly good food and reasonable prices ever since they opened in 2011. Don’t expect anything too daring, there are no fancy sauces, no abstract expressionist smears and dots on the oversized plate, just honest cooking with homey simplicity. On their limited and ever changing menu you can find straightforward dishes such as fresh sandwiches with premium ingredients, generous healthy salads, nutritious and comforting soups, gourmet burgers, quiches and pies, and more substantial eats such as glazed pork ribs, foie gras, soy-glazed chicken wings, stir-fry dishes, pan-seared duck breast, tuna steak and other bistro classics. 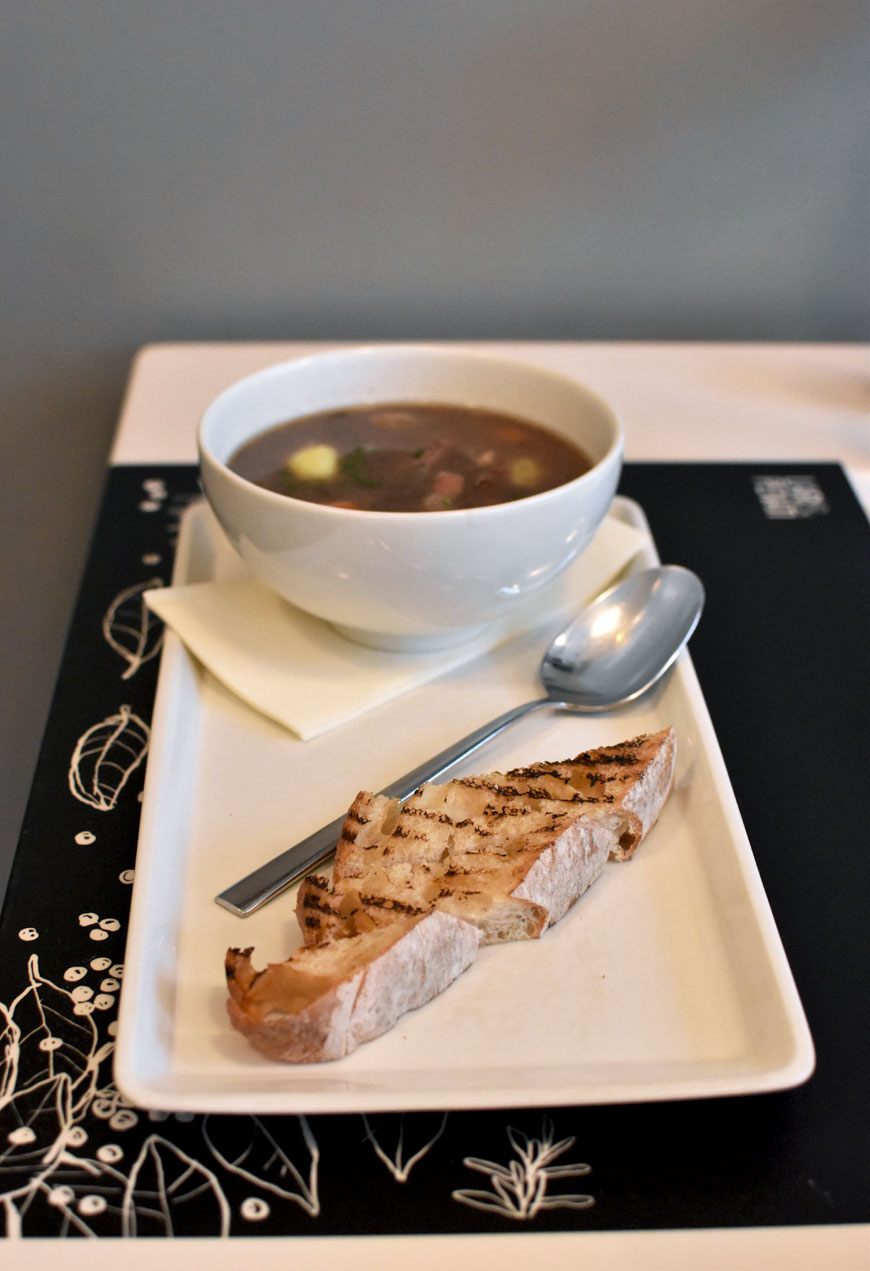 The place is really tiny with only 5 or 6 tables for two and it’s quite popular during lunchtime with the locals working in the neighbourhood so we recommend booking in advance. There is also a big street side terrace, ideal in the warmer months, where you can enjoy your meal and watch the world go by. We paid a visit to Lari & Penati out of spontaneity with no reservations but managed to find a seat that was booked later in the day so we had an hour and a half to eat our lunch, take photos and leave the place. 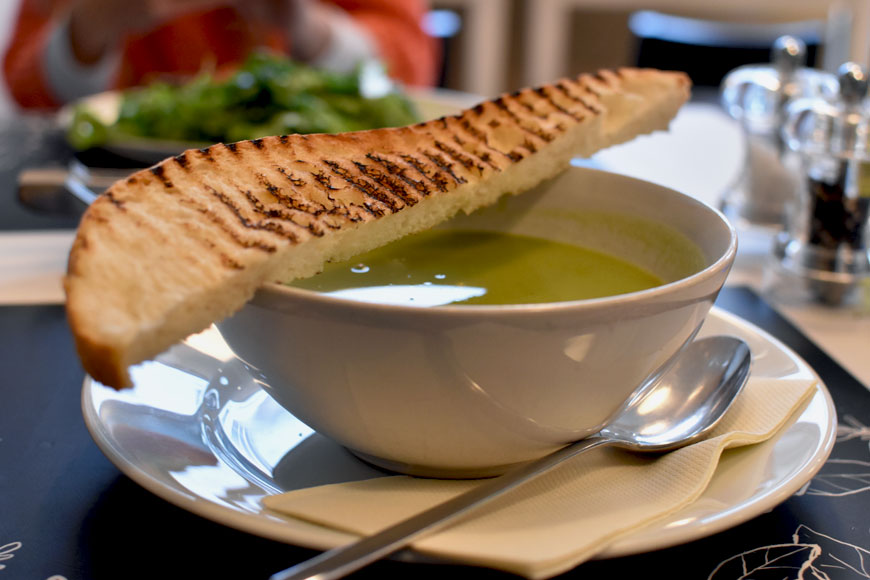 Katarina was in the mood for liquid lunch so she ordered a broccoli soup for starter, which was served with a long crunchy slice of bread, and a beef bourguignon for mains. 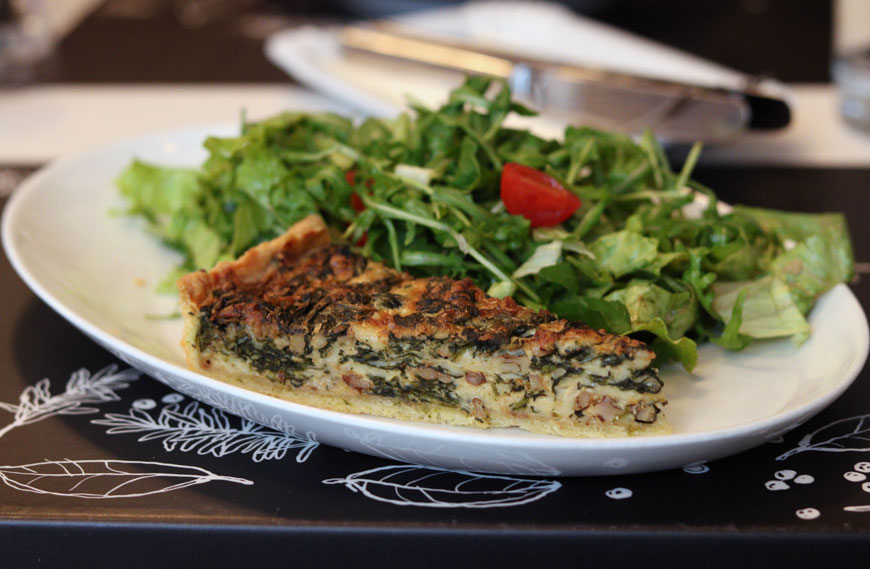 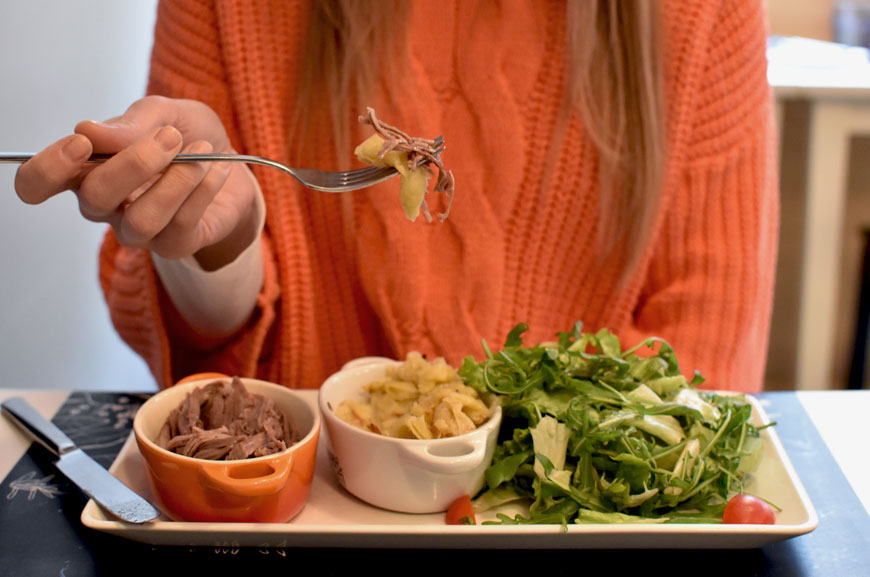 Barbara unintentionally ended up with a big leafy salad both for starter and main since they obviously don’t spare on leafy veggies and place a generous portion on the side. What she actually ordered was a spinach and walnut tart and the duck confit with Zagorje mlinci. All in all, the dishes we tried were very enjoyable and in line with the simple-and-honest food philosophy. Our main gripe about the place was the unfriendly and aloof waitstaff, but other than that, it’s a pretty cool bistro.

We’ll definitely come again sometime because there are still some dishes we would love to try. How about you?